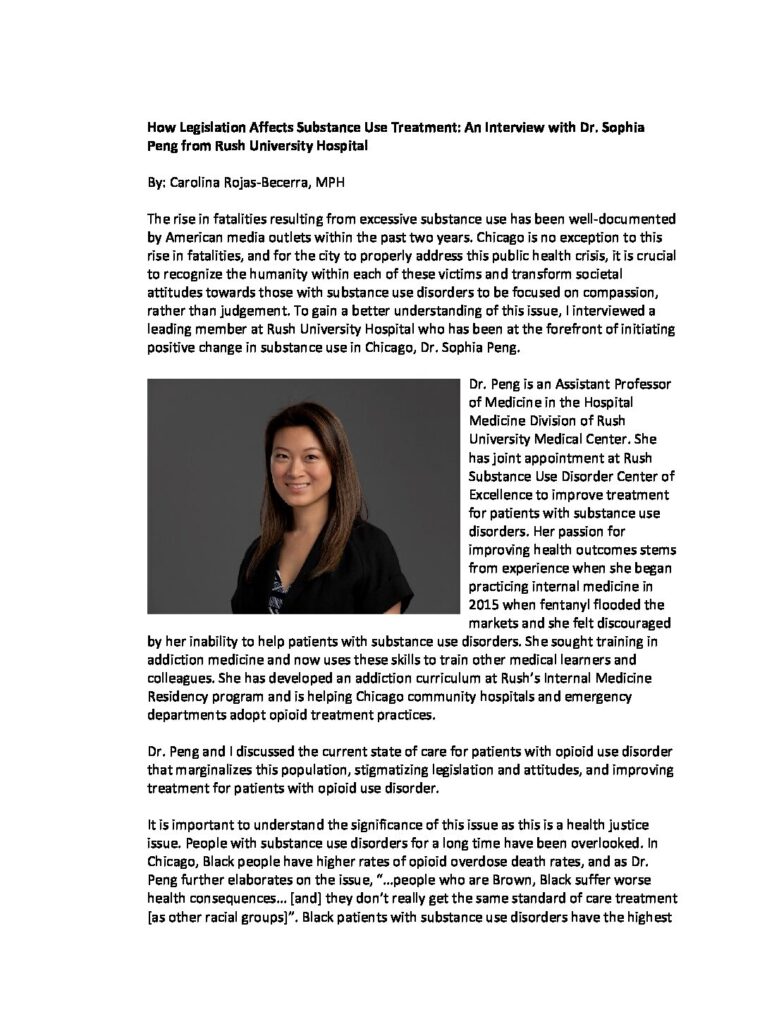 Our coalition meetings are open to the public and we encourage all community members to attend!

Our Next Meeting will be on:

Medium: Time to “shatter the myths” on teen drug and alcohol use

MAHA and McK-UDOS to present Townhall Meeting on Underage Drinking

Red Ribbon Week raises awareness of drug use and the problems related to drugs facing our community, and encourages parents, educators, business owners, and other community organizations to promote drug-free lifestyles.

According to survey findings from the 2020 Healthy Chicago Survey, Jr., administered by the Chicago Department of Public Health in collaboration with Lurie Children’s Hospital, 65% of adults from all 77 community areas in Chicago indicated that drug use, tobacco, and e-cigarettes, and stress were top health problems facing Chicago youth. Alcohol use was of particular concern amongst 46% of adults, as binge drinking among youth during the COVID-19 pandemic remained at levels comparable to previous years when social distancing and lockdown measures were not in place.

The townhall will highlight various impacts of underage drinking to help community members better understand the issue. Panelists will discuss neurological effects of substance use on youth brain development, review public safety concerns and legal consequences of youth substance use, and present available resources and strategies that parents can use to communicate openly with their children about substance use.

More details for this townhall meeting can be found below:

Chicago, IL: MAHA dedicates the month of April to raising awareness about the dangers of unhealthy alcohol consumption and alcohol-related problems.

Alcohol Awareness Month is a public health program sponsored by the National Council on Alcoholism and Drug Dependence (NCADD) that encourages organizations and communities to reach out to the public with information about alcohol use and alcoholism as a treatable and preventable disease. Alcoholism remains a significant problem among adolescents in the United States. Teens who drink at an earlier age are more likely to use drugs, get bad grades, have unwanted or unprotected sex, get into an argument or fight, be a victim of violent crime, and have other health related problems.

Furthermore, recent research indicated that the percentage of people reporting binge drinking increased approximately from 22% in February to 27% in April (Barbosa 2020; Huff 2021). According to the Centers for Disease Control and Prevention (CDC), as of June 2020, 13% of Americans reported starting or increasing substance use as a way of coping with stress or emotions related to COVID-19 (Abramson 2021).

Warning signs of alcohol misuse include:

If you or someone you know is experiencing alcohol-related issues or any of the signs and symptoms mentioned, don’t hesitate to reach out for help from a medical provider or addiction treatment provider.

The McKinley Park Underage Drinking and Other Substance Abuse Prevention Coalition (McK-UDOS) has been working in the community since 2015 to reduce marijuana, alcohol and other drugs use down in youth ages 12-18 years-old. The Coalition has been collaborating with schools in McKinley Park and the surrounding neighborhoods to provide education to youth, parents and community members. Every even numbered year, the Illinois Youth Survey (IYS) is administered to students, so the community can have updated statistics on substance use for 8th, 10th, and 12th graders. To help educate the community and involve more people in its mission, McK-UDOS has revamped its website. We are motivated to make a greater impact in our community by providing trainings, resources and connecting youth and community members to healthy alternatives. The new website has the updated 2018 IYS data and how our work has impacted the numbers of youth using alcohol and marijuana since 2015. For example, the community can see our objectives, plan, and the milestones we have achieved each year. The new website also has easy access for the community to download our communication campaign which helps correct the perception of youth and adults that more than 60% of youth are using alcohol and marijuana. In reality, less than 20% and 26 % of youth are using alcohol and marijuana respectively. We also have flyers about the dangers of marijuana and alcohol and information about what the social host law is and its consequences. With these new changes, the McK-UDOS coalition is providing easier access for the community to connect and get involved with the coalition and stay updated on current data. Go check out the new website now at https://maha-us.org/substance-abuse-prevention-program. If you are interested in learning more about McK-UDOS or getting involved with the Coalition, you can go to our website or contact Vernalynne De La Rosa at [email protected]

As spring swings into gear, pivotal moments in adolescent life come into view: prom, graduation and maybe even a college acceptance letter. It’s a time to celebrate past success and new opportunities, to try new things and let loose.

However, for many teens, “letting loose” to celebrate these rites of passage have become synonymous with drinking alcohol—getting drunk for the first time, binge drinking (4 or 5 drinks at one occasion), and driving under the influence. About one-third of teens aged 16 to 19 said it was likely that they or their friends would use drugs or alcohol on prom night. This does not come without consequences. According to the National Highway Traffic Safety Administration (NHTSA), roughly one-third of alcohol-related teen traffic fatalities occur between April and June, the peak of prom and graduation season. The costs associated with underage drinking are over $52 billion per year.

Celebrating rites of passage with alcohol should not be the norm. This month, during national Alcohol Awareness Month, we focus on changing the norms surrounding adolescent rites of passage and alcohol use.

The McKinley Park Underage Drinking and Other Substances Prevention Coalition (McK-UDOS) will host talks at Pickard Elementary and Columbia Explorers Academy schools in April to highlight the dangers of adolescent drinking during these important moments. Lee Roupas, Manager of the Beverage Alcohol Sellers and Servers Education and Training (BASSET) Program at the Illinois Liquor Control Commission (ILCC), will speak about the harms associated with experimentation with alcohol and binge drinking.

Having a first drink at these special events as part of a rite of passage may seem “normal,” but can lead to dangerous patterns of behavior. This is especially true as high school students move to future stages in life. One study showed that students who began drinking at earlier ages tended to drink more heavily in college as well, ascribing to the belief that alcohol was integral to the college experience and that students are entitled to drink irresponsibly.

The desire to experiment with alcohol comes at an unfortunate time, when teen brains are particularly primed to learn new things and develop passions and hobbies. Alcohol negatively affects teenagers’ development. Since teenage brains are still maturing throughout adolescence, they are more susceptible to the effects of substances. One study, which compared the brain scans of teens who drink heavily with scans of those who don’t found damaged nerve tissue in the brains of teens who drank. This negatively affected boys’ attention

spans and girls’ ability to comprehend and interpret visual information, all of which links to poor performance in mathematics and engineering. Overall, binge drinkers performed worse on thinking and memory tests compared to teens who did not drink.

These pivotal moments—prom, graduation, or even celebrating a college acceptance—do not require alcohol to be a “rite of passage”. Events like Fiesta del Sol, a nationally recognized (and alcohol-free) Pilsen festival with over 1 million attendees, show us that there is more to celebrations than alcohol.

This year, for Alcohol Awareness Month, let’s work toward “Changing attitudes: It’s not a ‘rite of passage.’”

About McK-UDOS: Established in 2015, the mission of McK-UDOS is to prevent substance use among youth in McKinley Park of Chicago through building community partnerships, assessing the community’s needs and resources, developing strategic plans, and implementing and evaluating the coalition’s activities for awareness, advocacy, education, and sustainability

Chicago, IL: As the holiday season is upon us, the McKinley Park Underage Drinking and Other Substance Prevention Coalition (McK-UDOS) encourages parents to be more aware of where their teenagers are, who they are with, and what they are doing. Also, take precautions to prevent your teens from accessing alcohol at family gatherings, and talk to them about the dangers and consequences of underage drinking. In 2016, only 48% of high school students reported their parents talked to them about not using alcohol, and nearly 60% believe they would never get caught if they drank (Illinois Youth Survey, 2016).

Alcohol remains a significant problem among adolescents in the United States. Kids who drink are more likely to use drugs, get bad grades, have unwanted or unprotected sex, get into an argument or fight, be a victim of violent crime, and have health problems.

Here are 10 tips for parents to talk to their teens about not using alcohol:

Remember, you have a powerful influence on the choices your teen makes. The choices that they make now using alcohol can have long-term negative consequences. McK-UDOS wishes you a Merry Christmas and happy holidays!

About McK-UDOS: Established in 2015, the mission of McK-UDOS is to prevent substance use among youth in McKinley Park of Chicago through building community partnerships, assessing the community’s needs and resources, developing strategic plans, and implementing and evaluating the coalition’s activities for awareness, advocacy, education, and sustainability

Chicago, IL: The McKinley Park Underage Drinking and Other Substance Prevention Coalition (McK-UDOS) is entering its third year of the Drug-Free Communities Support Program (DFC). DFC provides funding to community-based coalitions to prevent youth substance use. McK-UDOS is focused on preventing underage drinking and marijuana use among adolescents in McKinley Park.

Based on data from the Illinois Youth Survey (IYS) in 2016, a self-report survey administered to students in schools throughout the state, around 26% of McKinley Park’s high school students report having used alcohol and about 16% report having smoking marijuana in the past month.

In Illinois, Senator Heather Steans from the 7th Senate District introduced a measure earlier this year to legalize marijuana for recreational use. As more and more states legalize recreational marijuana, adolescents perceive less harm from using this substance, leading to increased use. Among high school students in McKinley Park, only 30% perceive great risk from smoking marijuana once or twice a week. On average, teens first try smoking marijuana at around 15 years old in this community.

For these reasons, families need to be prepared to talk to their teens about marijuana and how it can cause damage to the adolescent brain. Heavy marijuana use in adolescence and early adulthood has been linked to poor school performance, higher dropout rates, unemployment, lower life satisfaction, and even a decline in IQ. “The portrayal of marijuana in the media is complicated, and the messages about its effects on health are confusing. We are concerned that our families are unprepared to communicate to their teens about the negative consequences of smoking marijuana,” said Dr. Hong Liu, Executive Director of the Midwest Asian Health Association (MAHA).

In the third year, McK-UDOS will prevent alcohol and marijuana use by:

About McK-UDOS: Established in 2015, the mission of McK-UDOS is to prevent substance use among youth in McKinley Park of Chicago through building community partnerships, assessing the community’s needs and resources, developing strategic plans, and implementing and evaluating the coalition’s activities for awareness, advocacy, and education. 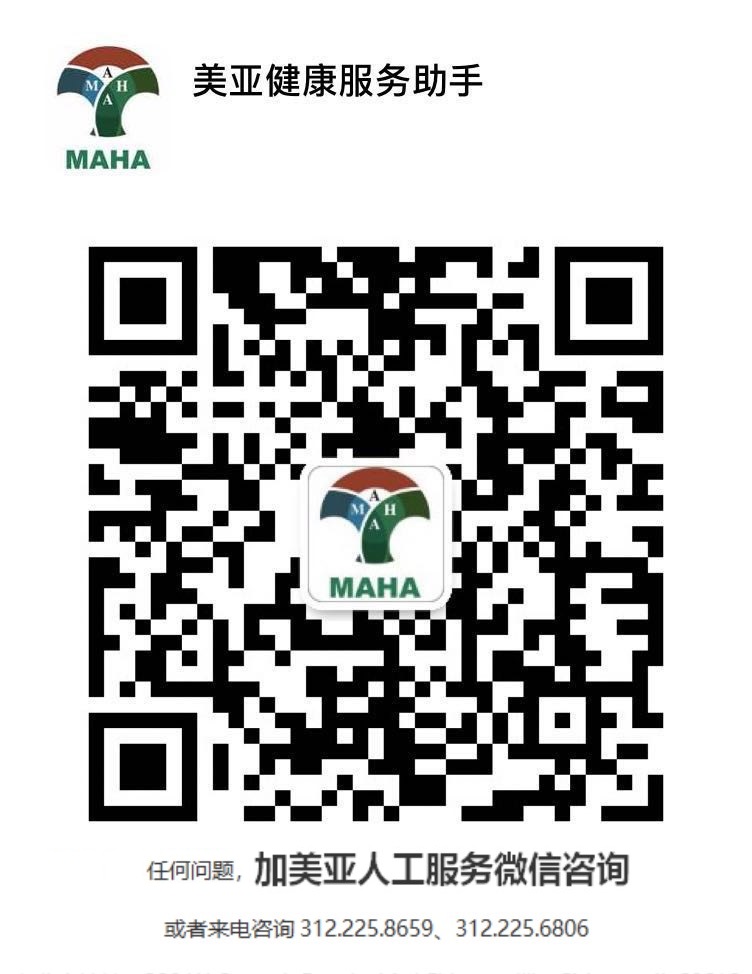